Labor Day Weekend.   A chance to begin again.   When is it too late? 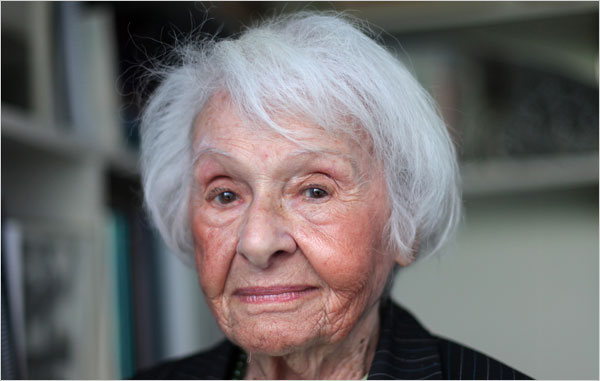 Could there be a more experienced expert on aging than Emma Shulman? A gerontologist at N.Y.U. Langone Medical Center, she was, from 1981 to 2005, a senior social worker and research associate at what is now its Center for Excellence on Brain Aging and Dementia, and she is currently a consultant. She did some of the first research on how to care for Alzheimer’s patients and co-wrote a training manual about it. She lectures widely on memory retention. Oh, and did we mention that she is 96?

How she spends her time:
I work here. I’m taking a master’s in cultural anthropology at Hunter, because I don’t know anything about it. My interest is families. I’m not interested in bones. I’m taking a private class in writing, mostly reminiscences. I just wrote something about being on the bus, watching people. You know what writing does for you? It opens up your mind. I’m taking an acting class at John Jay. I’m going to Fordham for English literature, taking courses. I belong to the Philharmonic, the ballet, the Roundabout. If I’m not learning, I get bored.
On longevity: Two things are major: I always exercised and kept my weight down. And I’m an incurable optimist.
Vices:
I smoked. Seventy-something years. I just quit three months ago. Cold turkey. I quit because I got a bronchial infection. I like red wine, a glass with dinner.
I used to drink Scotch. I was a Scotch maniac.
What she remembers about growing up during World War I: Nothing. I don’t remember anything until high school. I grew up in the Bronx and Washington Heights. I watched the George Washington Bridge being built. I was a pretty wild kid, running around with a lot of guys.
Family life: I married at 22. My husband was a radio announcer. We were married 20 years. He died of a heart attack. I married again in 1967. You ever hear of Con-Tact? We also made shelf paper. The money was flowing in, like a beautiful deal. I became the sales manager. My second husband died of a brain tumor. We were married 12 years.
Life alone:
I didn’t want to get involved again. Men who are older are looking for someone to take care of them. They don’t cook, they don’t clean. By the way, I never cooked, I never cleaned.

Posted by secretfragileskies at 9:10 AM